Neecha Bhanga Raj yoga is said to be one of the most powerful yoga in astrology. When the person has this raj yoga in his natal chart, he owns familiarity, prosperity, powerfulness, and virtuous. The effects of the debilitated planets make the person strongly willed. This negative experience sculptures the person and his energy in a proper direction, and it helps him to achieve success. The word itself has two split words. Neecha Bhanga means cancellation of debilitation and Raj yoga means a combo of prosperity and authority. 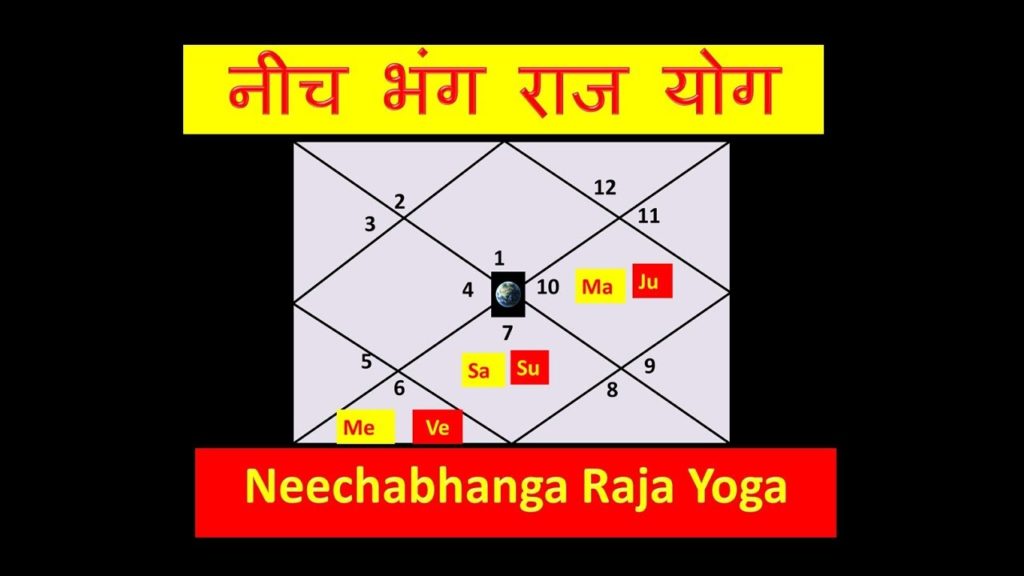 Neecha Graha is the placement of any planet in its debilitated sign, and the Planet will not result well. When the malefic influence is reduced due to the planetary alignment, and the weakness of Neecha Graha is recovered, then this position is called as Neech Bhanga Raj Yoga.

How to check Neech Bhanga Raj Yoga in Kundli?

The impact of this yoga is seen during the dasa and bhukthi periods of the grahas that combine to produce this yoga. If the Lagna lord or the 10th lord is involved, then the results would be experienced throughout one’s life. In the beginning, a planet in the debilitated position will not provide good results, but during its Dasha-Antardasha period, it gives extraordinary results.

If a person has Neecha Bhanga Raja Yoga in his/her kundali, his present condition and poverty do not matter. One point is damn sure that she/he will become a successful person in her/his life.

Also Read,  How to Check About Your Past Life?

This interesting yoga first gets Neecha stage, and then the Bhanga stage starts finally ends with Raja yoga. This final stage occurs almost after 36 years. For this, the affected Planet should be angular in shape from ascendant. The debilitation termination occurs when the owner is angular from the moon, or it joins the harmful Planet.

Rules for Neecha Bhanga are:

When is the debility canceled?

One thing should be remembered the Neecha bhanga is a cancellation of debility and not exaltation.