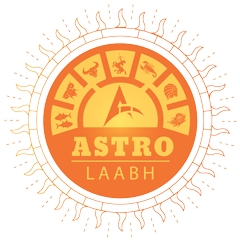 It will be a very peaceful day for you. You will enjoy yourself in the serene surroundings of a beautiful landscape with your favorite person.

You shall get praised for your outfit.

You will show a very tolerant attitude towards people who question your values and belief system. However, you may always choose not to listen to them.

You are required to pay utmost attention in money transaction issues as there are chances that you may fail prey to money frauds.

You shall get importance and recognition in a very short period from your love interest. This will help you to have a great influence on your parents and friends.

You might get a promotion. Since you have worked relentlessly for quite some time now, you will be noticed by your seniors and will be nominated for higher work.

If you want, you can shift to an urban center or even a different place for better job prospects. Traveling to some other place may give you the desired success.

You might want to pursue a career which your parents are against but brothers might accept your request and make your parents understand your perspective.

You shall find yourself in a very tough situation involving a moral dilemma and only then shall you be able to know about the friends who are real and who are not.

People who have been sick for a long time may have major improvements in their health and people suffering from severe diseases will recover soon.

Leo is the fifth sun sign and it is considered a royal one. As the name suggests, Leo stands for lion, the King. That is why; Leos are royal leaders. They are fierce and bold in their approach to life. Leo is considered the most masculine sun sign among all 12. They depict sheer regality and power in their attitude. The extremely warm-hearted and impressive people possess a deep magnetism that helps them to exude creativity in all the spheres of their life. Their confidence, ambition, intelligence and positive thinking are an example for everyone. No one can match their skills. Leos are the most authoritative sun sign and it is impossible to ignore them. Their enthusiastic, energetic and strong-willed personality acts as a magnet and attracts people towards them. It acts as a purposeful strength and makes their job easy. It enables them to accomplish many tasks in their lives. It is always great to have Leo people by your side. They think long-term and see every project towards completion. However, Leo is a cardinal sign and the people are opinionated and fixed in their ways. Being born by the Sun, these people are born leaders. Independent people are in love with their own space, social powers and status. Leos can be tender and sensitive yet demanding and outspoken. Their never-to-give-up attitude helps to turn their failure into success.

The sign of Fire, Leo is ruled by Sun. Their fierce, masculine, strong and bitter personality represents the fiery energy of a Lion. They are joyous, generous and vivacious.

The Positive traits of Leo

Leos are born as a natural leaders and when they speak people listen to them with all their concentration. Their creativity and talent fill them with a feeling of self-confidence. With all their qualities, Leos are irresistible. They are ambitious, outspoken and positive, all the qualities a leader should possess. Extremely romantic and proud people love to attract the limelight. People are fans of their audacity.

The Negative traits of Leo

Leos are the owners of a few negative traits too that irk the people around them. Their negative traits worsen their impression among their family and friends. They are supremely arrogant and obsessed with their own leadership skills. They are so proud that they don’t pay heed to other people. Leos are quite aggressive and there comes a point when their aggression crosses all the limits and it becomes difficult to cope upwith. Their achievements make them think highly about themselves and thus create disputes and problems. They are too lazy and difficult to tolerate.

Leos are the most courageous people known. They do not give up on their courage even in the most difficult situations. They are good leaders and retain their courage and composure every time.

When it comes to love, Leos are too romantic and passionate. They leave no stone unturned to woo their partner.

They are masters of inflated egos but it does not affect their loyalty. They are too dedicated towards their family and friends that it turns into possessiveness at times.

Creativity is its biggest strength of Leos. Their creativity when coupled with their innate intelligence helps them to carve a niche for themselves.

They can easily influence each other. At every event or gathering, a Leo is the centre of attraction. They hate taking instructions from anyone.

They are real-life lions of this world and try to rule the world in the same way. Their dominating nature makes them the best managers and bosses in the corporate sector.

Just like the Sun and a lion is unique and, they are aware of their worth, Leo thinks supreme of himself and this makes him arrogant.

Their dominating and arrogant nature turns them into stubborn creatures.

They know that they are masters of all trades and it prevents them from working hard. It makes them lazy. The survey says that they are born leaders and never let anyone rule over them. Despite being possessive and obsessed, Leos are caring towards their family.