Amavasya (No moon day) means Dark Chandra (Moon) lunar phase. The day is considered inauspicious. On Amavasya Thithi, shradh rituals are performed to repay our debts, and appease our ancestors. During the day, the man at home should wake up early, take a head bath (in the absence of his father/mother), and feed his ancestors with a purely cooked meal. 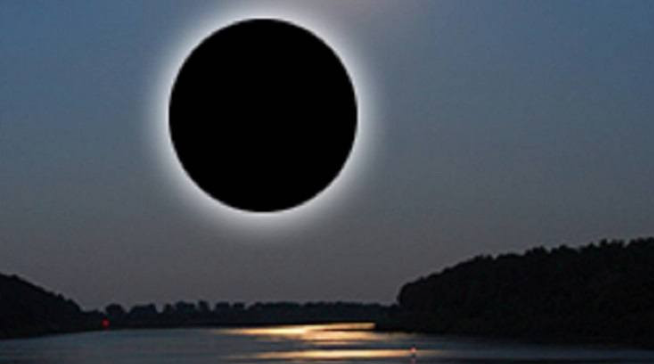 The Hindu mythology says the ancestors will be in the form of crows and they will eat the food which is fed by their blood relative. The food should be prepared clearly without onion, garlic, and masala items. By regularly doing so, we will be bestowed with the blessings of our ancestors. Our life will start to see uplifts gradually. On the whole day, no one should consume liquor, non-vegetarian.

When the Moon is within the 12 degrees of angular distance between the Surya and Chandra before concurrence, then that day is called Amavasya. On this day, many important festivals like Diwali, and Lakshmi pooja falls. While performing the tantric pooja on this day, one can get rid of negative energy, black magic, and evil eyes. The day will not be successful for beginning any new work. There is a belief that one who fasts on Amavasya falls on Monday, all his or her desire will be fulfilled by the Almighty.

Mahalaya Amavasya is considered the most powerful one, and on this day Lord Vishnu permits the departed souls to visit the earth. Those who missed giving tharpanam should give on this day. It will help the souls to attain Moksha, and you will have relief from all the obstacles in your life. With the help of a priest, in the river or pond, the tithi has to be given.

When the Amavasya falls on Monday, then it is called Somvati Amavasya. This is considered to be the most auspicious day, and it occurs once or twice a year. On this day, Lord Shiva is worshipped. Dharmaraj Yudhistira was advised by Bhishma to observe Somvati Amavasya Vrata acquire a long living life with noble children. Offering prayers to the peepal tree on the day holds a special significance. People who suffer from Pitru Dosha should observe fasting on this day to be free from all karmas and doshas.

Bheemana Amavasya is an important ritual performed by the Hindus in Karnataka. This day falls in the month of Ashadha (July – August). The pooja is performed for the longevity and well-being of men in the family. The day is celebrated to honor Lord Shiva and Devi Parvathi. Two clay structures are created, and a yellow thread is tied around them. Women offer prayers and sing traditional songs. Eventually, women tie the yellow thread in their right hand and offer prayer to Bheemeshwara.

When is Amavasya? It is wavering in our minds every month. How to remind the day? A detailed table is provided here for Amavasya 2023 along with Amavasya 2023 timings.

The above table will give you perfect detail on Ammavasai. If still, you have any confusion, about the tithi, consult an Astrologer. Hope, your question Is today Amavasya? Would be cleared by referring to the Ammavasai table.

What to Do on Amavasya?

Follow some simple tips to say goodbye to all your financial, health, and relationship setbacks.

Amavasya this month, i.e., May 2023 falls on the 30th. Hence, do not forget to do Amavasya tithi under any circumstances. You will have specific blessings from your forefathers and the omnipresent.