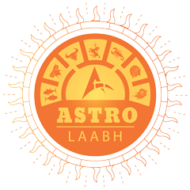 Aries, being the first sun sign fills the beginning of anything with energy and turbulence. As the position of their sun sign, Aries love to be on the top position. They are born leaders and this trait compels others to follow them. Arians people are known to be independent, outgoing and generous with money and time. They have a rational mind and follow it; no one else can influence them. They are strong headed people and act according to their beliefs only.

The extremely adorable people are very creative and free hearted. They believe more in giving rather than receiving. On the whole, Arians are caring, fun to be around and brave people.

Arians are courageous, energetic, daring and adventurous people. They love to travel around the world. Their independence and freedom of expression is admired throughout. They believe in equal right and never bear any unfair thing. They hate if they are told to do anything, they are their own boss.

They are intrigued by the new things and new opportunities. They are always ready to jump on and pursue new things. Their goals are highly important for them, and they never stop believing in positive outcomes. The favorable outcomes fill them with motivation, inspiration and excitement. The vibrant, aggressive, talkative and highly positive people are naturally confident leaders.

The strong headed people never like to be advised. Diplomacy is a part of their nature and convincing them is not an easy task. Whatever they believe in, they consider it right.

Aries are hot-headed, forceful and self-centered. They never care about other people’s feelings.

They like facing challenges and never get tired of it. Instead of adopting the smother slides, they get along with the dangerous trod.

Aries do what you do to them

They are simple people and their dealing is plain and clear. They will be exactly same of what you do to them. Arians love doing more than one thing at a time, and they are at a constant strife. They never think before speaking and shout off the top of their heads just to regret it later.

They hate facing the truth

However, confident and independent they seem, they are insecure people. Their self-doubt and self-pity make them vulnerable and force them to compromise with their self. They act stubborn when people try to influence their view point and jump to conclusions before even facing the truth.

They often feel tensed and stressed but never release their mental and physical strength. Arians go through unpredictable mood swings. They often feel uneasy in their mind which sows the seed of fear at their heart.

Their criticism turns them into crazy demons. When confronted, they can erupt like a volcano. They believe in present and never realize the fears and tensions hidden in the future.

They are great listeners

Though they appear strong, yet they are sweethearts and fun to be around people. Even in the gloomiest circumstances, they don’t give up on people. The passionate people protect them. Their personality is like a magnet that no one can repel their charm.