“When Will I Die astrology?” This is the most searched question in the world with no actual answer to date. No doubt, the answer to this question wouldn’t be liked by anyone, it is still the most fascinating question. Death is among the biggest mysteries that have remained unsolved.

When Will I Die?

Even in Mahabharata, there is a popular event in which the Pandavas had to face death in the presence of Yaksha who lived in the lake. During their exile period, a Brahmin approached them. He asked them to mend the holy grass that was taken away by a deer. Yudhisthir sent all his brothers one by one to get his brother, but no one came back. At last, Yudhisthir himself went to get him and the grass, where he found them lying on the lakeside. Not aware of what had killed him, he was quite shaken by the sight. As he was also feeling thirsty, he went to the lake and tried to drink some water.

But as he was about to drink the water, a voice was heard. The voice was of Yaksha who asked Yudhisthir to answer a few of his questions before drinking water or else he would die. Yudhisthir agreed to answer all his questions after which Yaksha questioned him with various questions. All the questions were accurately answered. And among them, one question was what in the world is the most incredible thing. The answer to this given by Yudhisthir was that no doubt the human beings are mortal, they still live and act as if they are eternal. And this is the correct answer.

So, today, through this piece of information, let’s try to solve this mystery to some extent.

How to know the death date by kundali?

Death prediction astrology is one of the ways to learn about death. The positions of the planets as per horoscope help in determining the approximate period of death occurring in your life. No doubt, many people prefer asking astrologers about their death, but they usually feel awkward answering this question due to various reasons. 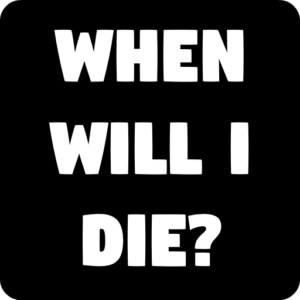 So, here is a quick glance at how the astrologers calculate the death period on the basis of planetary positions, Sub-Dasha, and Dasha periods. There are no shortcuts or different methods for predicting death. There are various factors, combinations, and elements that combine to cause death. And death time astrology is just a hint that it can occur or cannot occur. The placements of the planets, their conjunction with the planet Sun in the natal chart, and the Dasha system altogether are responsible for predicting the death time. Some of the planets that are termed death karakas include Neptune, Saturn, Pluto, Uranus, Sun, Jupiter, Venus, and Mars. Here are the karakas explained of the planets.

Predicting the death time by Planets

The Sun’s position with other solar planets is helpful in predicting death. The planets Pluto, Neptune, and Uranus generally stand in for Ketu and Rahu entities of Vedic astrology. Rahu and Ketu don’t have their own traits and hence, are often seen distributed on these planets.

Now let’s see how death might occur due to Moon signs on the zodiac signs.

Hence, as per the death calculator astrology, all these matter for calculating the approximate death period.