We often come across this term ‘Vedic Astrology’ too usually these days. Vedic Astrology is a new term coined for Hindu or Indian astrology. The concept of Vedic astrology is almost similar to Hindu astrology. It is based on the belief and movements of heavenly bodies, we know as planets.
It is known as Vedic astrology because the invention of this concept dates back to the Vedic period.

What is Vedic Astrology? 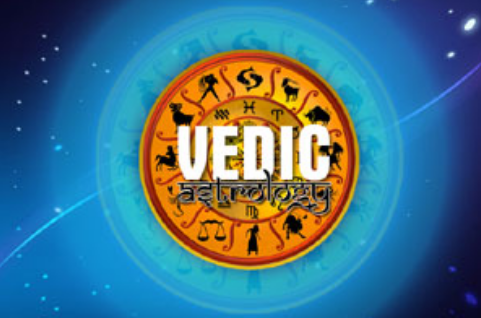 Above all, it is a science that is based upon the movements of the planets and their positions concerning time and energy. Initially, it started thousands of years ago, and at that time it was based upon planetary movements and stars only. The concept of zodiac signs was later introduced.

Vedic Astrology can forecast the future of any human being and predict future events up to a great extent. It can be used as a medium to predict future mishaps and remedies to get rid of them. Many famous people and legends believe in astrology predictions and make decisions accordingly.

Then, there are 27 + 1 Nakshatras, Constellations.

All the Hindu Vedas and Shastras are based on five essential elements.

The ancient science of prediction has garnered lots of eyes since ages. It makes a firm grip on our lives by its predictions and interpretations. It helps one to identify one’s strong suits, weaknesses, temperaments, strengths, and characteristics.

Vedic astrology is a positive guiding force that leads us towards a right path to our career, finances, and marriage. Accurate predictions can save you from wasting time and resources over fruitless decisions.

Vedic astrology is also famous by the name “eye of the Vedas.” This strong driving force derives self-knowledge and truth. This mirror of one’s inner and outer self essentially rules our life. We can say that Astrology is a storehouse of supreme secrets that are above a man’s imagination.
It describes the effect of celestial bodies over humans. It is an understanding of how each and each human body is connected with the universe. Each planet of solar system transmits a certain kind of radiation or energy that affects human behavior and future events. The effect is not only biological but psychological as well.

The vibes of celestial science cannot be seen with naked eyes. But, Vedic astrology is a tool that helps us to understand how everything including personal affairs, natural calamities, and worldly matters like issues between two nations are affected by it.

On the whole, science gives you an insight into the philosophy about how to lead your life. It is considered as the most reliable astrology because of its connection with astronomy. The best part is that the ill effects and the negative tendencies of a horoscope can be controlled. Vedic astrology provides you with healing powers that can make your life better and happening.