Nadi Koota describes three doshas, namely Vata, Pitta, and Kapha. It predominantly influences on the psychological matching of the couple and also matches their hereditary factors. It is highly considered for children health also. Adi, Madhya, and Antya are Nadis in Astakoota. In Ashtkut method, eight different topics are assessed, and points are calculated for each topic.

In this method, Nadi gains maximum points 8. Here 27 Nakshatras have been divided into three nadis.

8 is the maximum points to score in Nadi Koota! 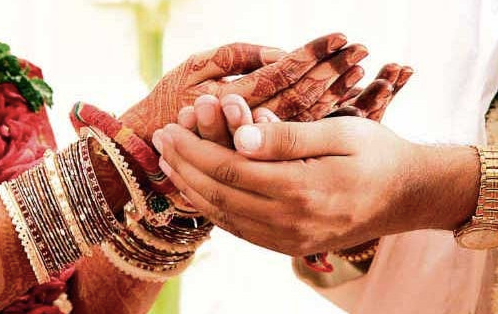 If both the partners belong to different Nadis, then the Kundli matching is considered to be excellent and auspicious. Here such Kundli scores 8 points. The couple will have a quiet and understanding married life. If the partners belong to the same Nadi and the score is zero, then the matching is considered to have poor suitability and inauspicious. The zero score indicates Nadi Dosha. When Nadi dosha couple marries, the result would be severe, and it may be equivalent to death.

One of the significant effects of Nadi dosha is the weak health of you or your children, and they may have serious health issues. Nadi dosha affects the love and attraction between the partners that ultimately causes conflicted life.

Nevertheless, Nadi dosha can be ignored or canceled if:

If a person with Vaat Nadi marries with the same Nadi person, due to fickle-mindedness, they will have a lack of sense of dedication. Excess vaat dosha may be found in children if such persons get married, that’s why it is advised not to marry if both boy and girl have Aadi Nadi.

Madhya Nadi represents acidity. Hence, if a boy and girl from Madhya Nadi marry, then their relationship will not be subtle. There will be a continuous quarrel between them that might lead to divorce finally. Such a pair will fail to have progeny, and the girl will face frequent abortion and miscarriage.

When this cough natured boy and girl marry, there will be a lack of sensuousness and passion between the couple. Though they are calm natured persons, they will be having a lack of cooperation and harmony.

Also Read, What Differences Between Vedic and Nadi Astrology?

How can Nadi Dosha be removed?

To remove Nadi dosha, the following are highly recommended both before and after the marriage of partners.

Follow the remedies given to get rid of nadi dosha and for more information about nadi dosha, you can talk to the best astrologer in india on astrolaabh website.

For genetic diseases, there are numerous remedies. These are called hereditary diseases. Nadi matchmaking for the bride and groom in astrology should be done before marriage to prevent such infections. The Trinadi matchmaking helps in preventing abnormalities in children. Hence, before marriage, it is quite essential to check the Nadi astrology for any Nadi dosha, remedies, and cancellation. Consulting the best astrologer is the better way to shape your life peacefully.