According to mythology, Goddess Durga is the creation of Vishnu, Brahma, and Maheshwara so that demon king Mahishasura can be defeated. This is because the demon king has gotten a boon that no one can exterminate him which also includes gods and goddesses. The Goddess Durga also got numerous weapons from her creators so that she can fight against the demon king. Thus, Mahalaya signifies the arrival of goddess Durga. 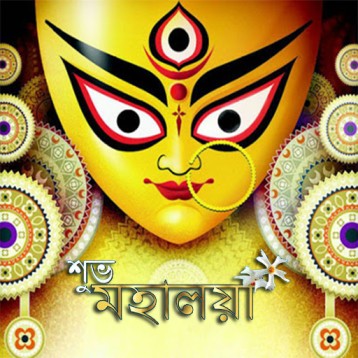 The role of Mahalaya Paksha is very important in the whole the Durga Puja celebrations in the West Bengal region. Mahalaya is also known as Mahalaya Amavasya 2023. This day is observed whole over India where all the respective devotees perform sacred puja dedicated to their ancestors in the morning.

This is then followed by praying to Goddess Durga on the same evening so that the arrival of the goddess on the earth from Kailash Parvat can be celebrated. Another reason to celebrate Mahalaya paksha is by creating authentic beautiful eye sculptures of the goddess Maa Durga. The very last day of ‘Krishnapaksha’, is when the Mahalaya is celebrated. The day after Krishnapaksha signifies the start of Sharad, thus heralding the 10-day festival of Durga puja.

Thus, with the upcoming Navratri and Durga Puja, comes unmeasurable happiness and celebrations. Many people across Odisha, West Bengal, Tripura, and Karnataka observe Durga Puja on a large scale. Several devotees also listen to sacred traditional songs on the day thereby coming together in the form of a community to start the festivities for our Goddess Maa Durga.

How many days until Mahalaya?