Lal Kitab is usually known as Red book too. It is one of the essential elements of the Indian astrology. The book lays stress on Karmic debts, resolutions, and planetary placements.

It is said that Lal Kitab found its origin in Persian culture and then re-written in the 19th century. It is known as Laal Kitab because when it published for the first time, it had a red cover without any name. People started calling it Lal Kitab. 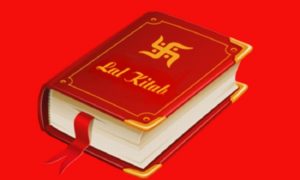 Lal Kitab is a collection of 5 books that offers various simple remedies to treat the planetary afflictions in one’s horoscope or birth chart. It provides simple remedies, just like wearing a stone or tedious religious cure to dampen the ill-effects.

Importance of Lal Kitab in Astrology

We have enlisted a few facts related to Lal Kitab that describe its importance.

How to Read and go through it?

No period is reserved for reading and observing the Lal Kitab, but one has to see it for straight 43 days without taking any break in between. If the person has to skip it for one day or forgets to observe the ritual for one day, one has to start it over once again from starting.

Lal Kitab stresses over keeping your home clutter free and removing unwanted junk items. One should eat food on the dining table only and not on the bed, and a dining table should be placed closer to the kitchen. The little remedies of the Lal Kitab hold power to transform one’s life.